How to Play SUM

Learn the simple rules of SUM.

Swipe numbers around the board until you make a match of three or more of the same numbers. Once this happens, the group of numbers will merge and one of the merged numbers will increase in value by +1.

You earn points for every merged group of numbers. Your points are determined by the sum of the merged numbers, and the total number of merges. What's your high score?

Use powerups to move numbers, destroy numbers, and so much more. The more you play, the more you earn power ups. Use them wisely!

See how you compare against other people playing SUM. The leaderboards not only contain scores but also the highest numbers merged. Log into Facebook and compete against your friends.

Check out some screenshots of SUM. 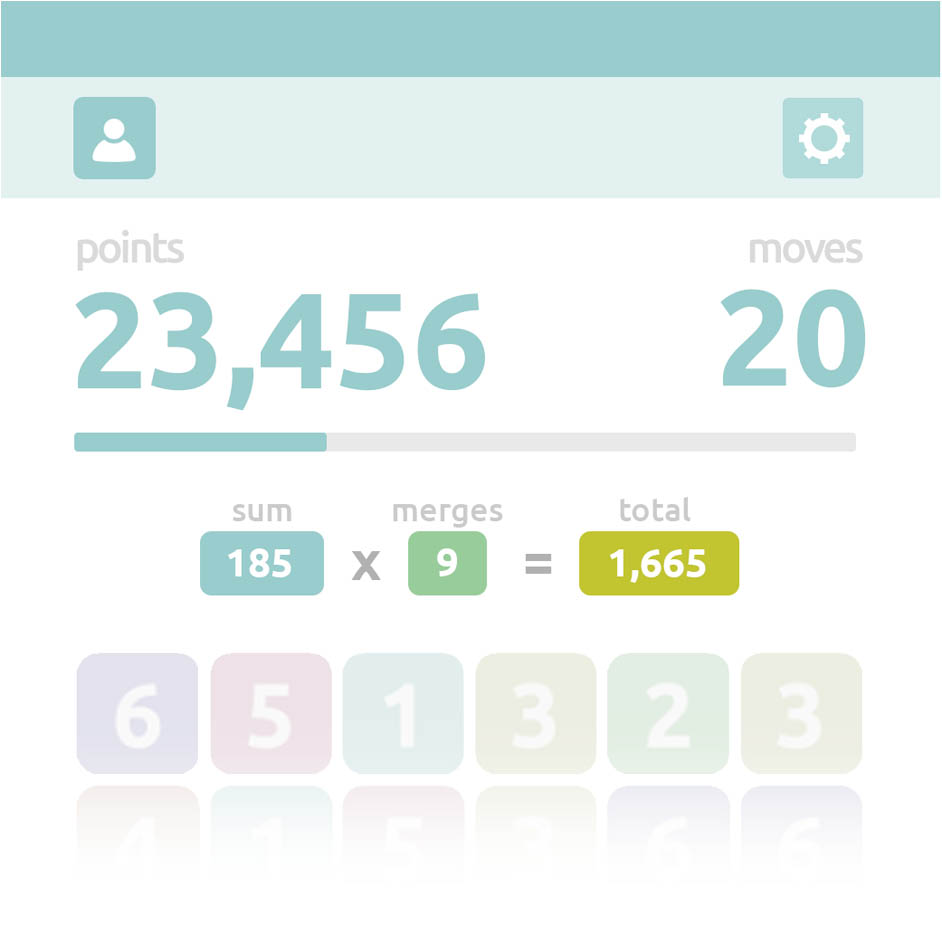 The interface is intentionally minimal. Your points will increase as your merge numbers. Your total moves will decrease whenever you swipe numbers. As you merge numbers, the formula to determine your rewarded points appears above the numbers. And, if you're curious to know how you're doing compared to your high score, there's a progress bar underneath the points and moves. 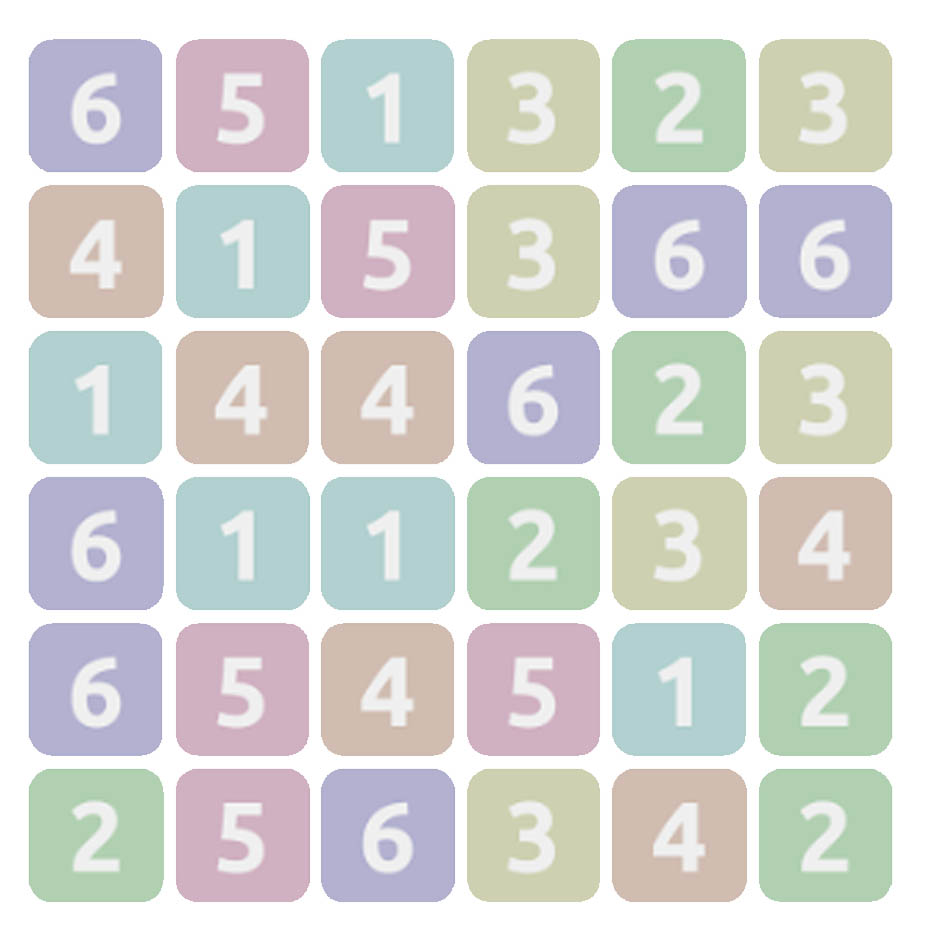 The game board consists of numbers ranging from 1 to 6. You can swipe any number in any direction, BUT pay attention to your remaining moves. When you hit 0 moves, the game is over. As numbers are merged, the remaining numbers on the board drop down into positon and new numbers drop onto the board from the top. These new numbers will have a value of 1 to 6. 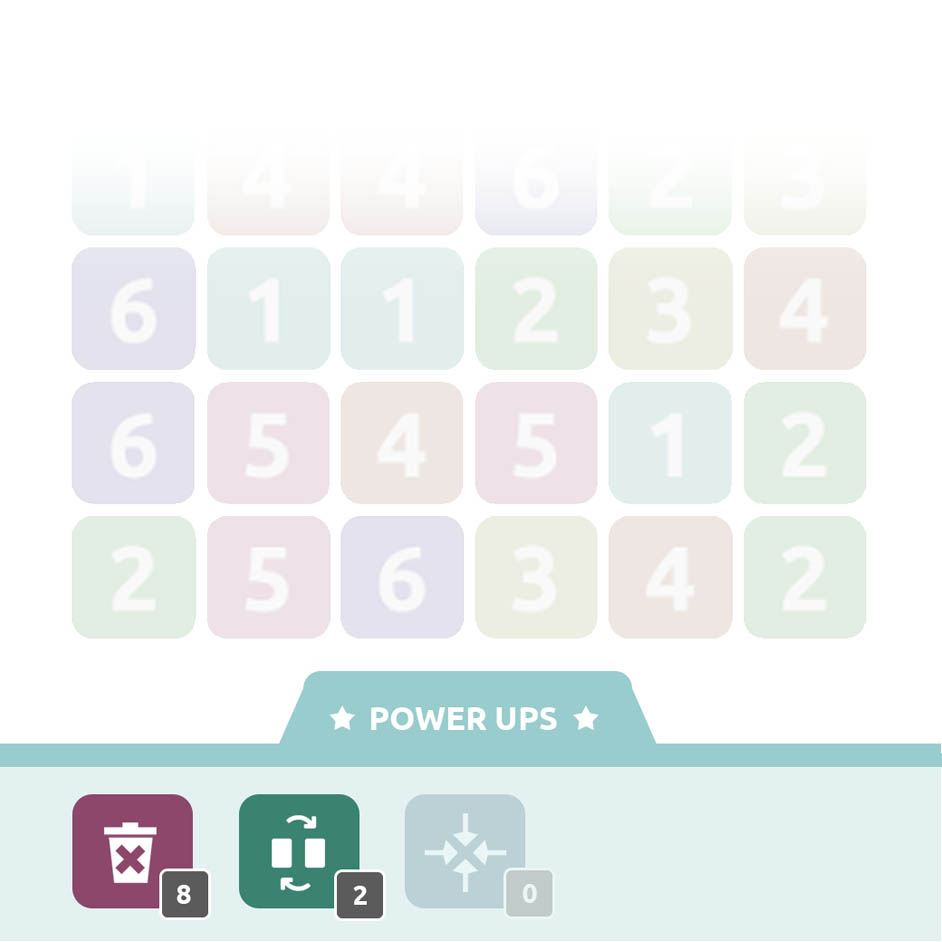 If you're in a jam, use your power ups. To use them, tap the "power-ups" tab at the bottom of the screen. The power up tray will appear. Feel free to use any of the available power ups found in this tray. As you play the game, you will be rewarded with random power ups. So keep playing!

SUM can be played offline and on airplane mode.

Here's what people are saying about SUM.

Maron S.
"SUM is literally the best game I've played on my phone, period. It forces you to think differently in order to advance to higher score levels, and makes commuting time fly by!"
Paige V.
"This game is a great way to pass the time when you have no service. I love that you can play it offline. I play on my commute to work every... single... day!".
John P.
"I am hopelessly addicted to this game. I'm not even good at it."
Gilad V.
"Subway warriors and rail commuters rejoice! For there's a new game in town. So addictive you might miss your stop!"

Download, play and let us know what you think of SUM!